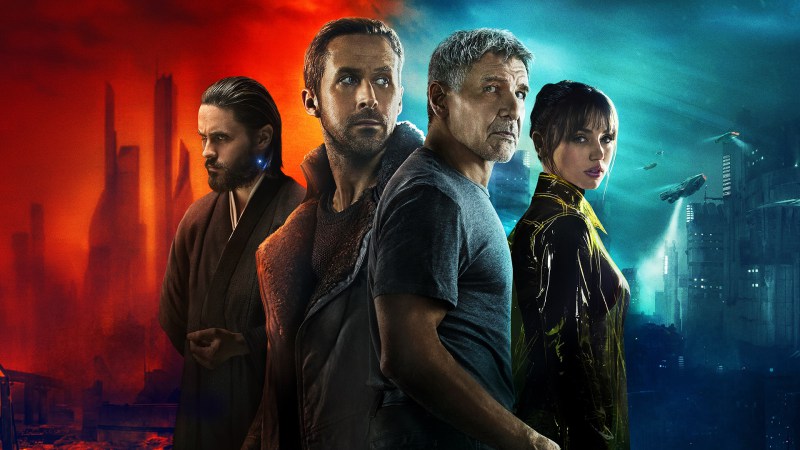 Cotton On’s Summer Fashion is All About Thinking Big

We’ve recently seen a slew of adaptations, reboots, and sequels that mine the 80s and 90s for nostalgic material to give to a new generation of cinema-goers. It works very infrequently, and usually the quickly-put-together project they release ends up being dwarfed by the pristine, and often exaggerated, memories we all have of iconic franchises. Denis Villeneuve therefore undertook a huge challenge when he decided to direct the sequel to a sci-fi icon in 1982’s Blade Runner, and we’re going to take a closer-look at the elements this movie consists of to figure out if this will just get lost in the current sea of 80s pop culture references and reboots.

First things first — due to the ambiguous nature of the first movie, and the continuing ambiguity in this one, I’m not going to discuss the plot other than referring to generalities. This, like the first, is a futuristic noir, sci-fi movie that channels suspenseful thriller elements to great success – with the same focused and deliberate (i.e, slow, for some) pace its predecessor is famous for. We follow blade runner Officer K (Ryan Gosling) as he tries to piece together a mystery that starts out as just another case, but that slowly develops into something much more personal. The only minute criticism to offer on the plot is that the semi-villainous Niander Wallace (Jared Leto) feels like his arc may have been a loose-end that could’ve done with being better tied up. All in all, though, the plot hits the right beats and mirrors the best elements of its predecessor, while still offering a lot of twists and turns to keep viewers engaged throughout the movie. The next nostalgic throwbacks to cover are the visual style and the cinematography – both of which were quite unique for 1982 and have been faithfully incorporated in 2049. There are a lot of slow, sweeping shots; judicious use of forced perspective and a lot of wide angles that give the talented set of actors space to bring the material to life. It does, however, make use of a perceptibly dark and sparse colour palette, which makes the often brutal environments feel all the more realistic. Denis Villeneuve and his team seemingly tried to keep the effects practical where possible, with the CGI they did use not feeling too overwhelming, and the movie is all the better for it. While it’s clearly a modern film, the aesthetic gap between the original, now almost four decades old, and this one, isn’t as wide as one might imagine it would be.

The score and sound effects are other areas of the film that have carried over unmistakable hallmarks, but with a modern and novel interpretation of older material. Hans Zimmer has become well known for his bass-heavy, intense scores, which some love and some are deterred by. Love it or hate it, he’s at his very best with Blade Runner 2049, weaving his distinct style throughout the scenes but leaning on some familiar melodies every now and then, keeping the atmosphere of the original present but not dwelling. Besides the gripping plot, great visuals, and strong score, the highest praise should be reserved for the actors involved. Ryan Gosling, Harrison Ford, Robin Wright, and Jared Leto, among other talented artists, are at their best, and lend additional strength to an already powerful script. Gosling in particular does a great job of playing Officer K; he’s definitely in his element when he’s given serious material to draw on, and those who are partial to his dramatic work in movies like Half Nelson and Drive will thoroughly enjoy his performance here. A special mention should also go to Sylvia Hoeks, who gives a visceral and disturbingly well-executed performance.

A lot of comparisons will be drawn between Ridley Scott’s 1982 entry into this universe and Denis Villeneuve’s 2017 sequel, but 2049 more than holds its own and doesn’t need to be considered only in the context of being a follow-up. For those who hold on dearly to the first film, this should be a welcome reverie of many elements that made the original so enthralling, but newcomers will also find a lot to enjoy. As a standalone film, with no prior experience of the franchise, 2049 is a tightly-spun and thought provoking narrative that unfolds at a methodical pace and in a world that is beautifully crafted, with characters brought to life by a group of skilled actors.

Villeneuve is celebrated as a cerebral and gifted filmmaker, one could argue he hasn’t made a disappointing movie yet, and after Blade Runner 2049, his impeccable record is well intact. The marketing may have billed it as an action sci-fi, and while that moniker isn’t completely inaccurate, that’s not where the film scores its points — it’s really in its element as a slow burning homage to the existential and thoughtful narrative that made a classic of the first. Blade Runner 2049 is no mechanical replica; it definitely has a beating heart, a sharp brain, and makes for an enjoyable continuation of the Blade Runner universe.

What is the most interesting thing you've done in

Summer is on its way and Red Bull has launched Sum

Congratulations to the winners of our Batiste comp

Movies are Back! Here’s What’s Coming in September

Top 5 Movies Where the Ford Mustang Stole the Show