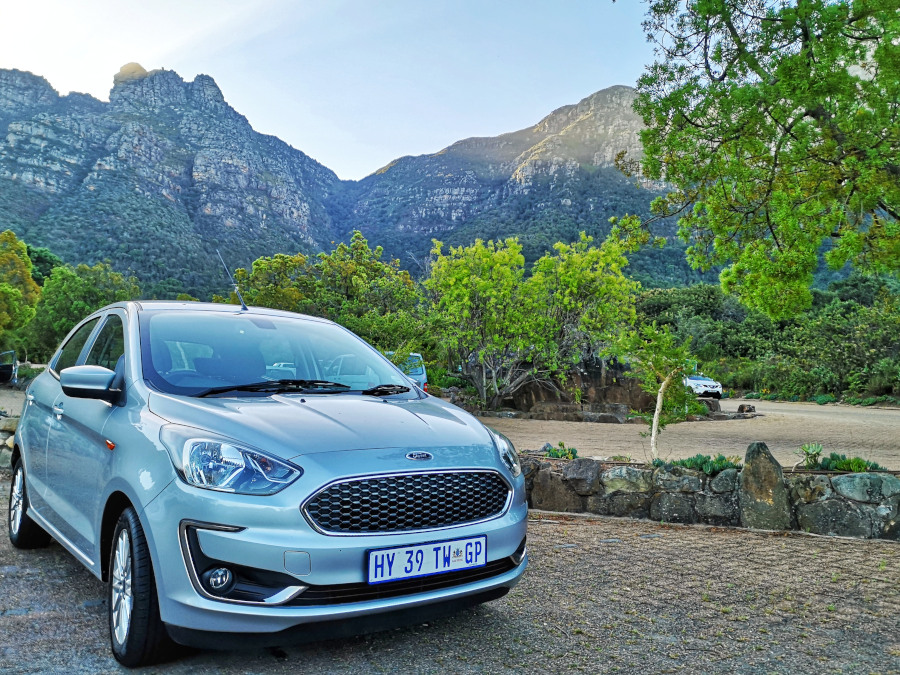 5 Procedures that Pair Perfectly with a Facelift

Let’s face it, we’ve all come to expect the bare minimum from entry-level cars. It’s a given that you don’t get very much for your money when buying an affordable entry-level vehicle, but for many, they’re the obvious choice when buying a car on a budget. But, this year, Ford is taking a slightly different approach with its entry-level model, the Ford Figo. Once the model of choice for students, the Ford Figo is back with a new look and a whole lot more to offer. With a completely new shape and loads of extras, the new and refreshed Ford Figo is proof that affordable doesn’t have to a bore. We took the flagship Ford Figo Hatch 1.5 Titanium (2019) for a spin and fell in love with this fabulously frugal car.

While entry-level cars are known for keeping things simple, the Figo gives you the feeling you’re getting just that little bit more bang for your buck. With a modern shape and just enough technology to satisfy any Millennial, the Figo does a great job of bringing the budget car into the future. There’s no doubt, the Figo has grown in leaps and bounds since it first launched in South Africa ten years ago. The little sister to the dashing Ford Fiesta, the new Ford Figo is a high-spec budget vehicle anyone would love to own. 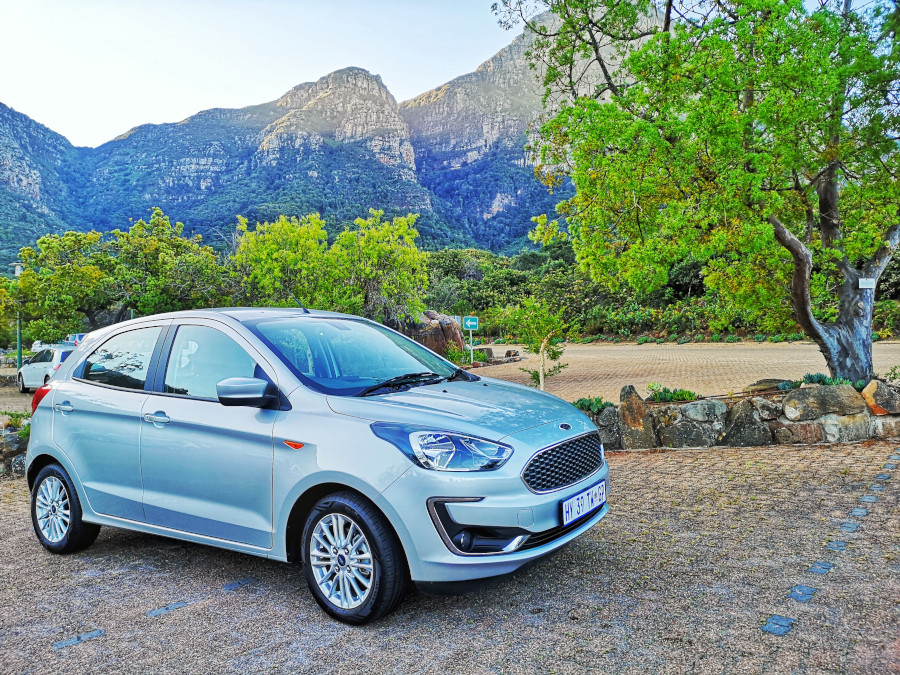 There’s no doubt scaled-down, entry-level cars have their place in the South African market, but this new offering from Ford is sure to satisfy the needs of budget buyers looking for something different in the entry-level segment. You’d be forgiven for thinking the modest little 3-cylinder, 1.5-litre engine isn’t much to write home about but this little car moves! The perfect car for zipping around the city, the Ford Figo is nippy, handles like a dream, and is a blast to drive. 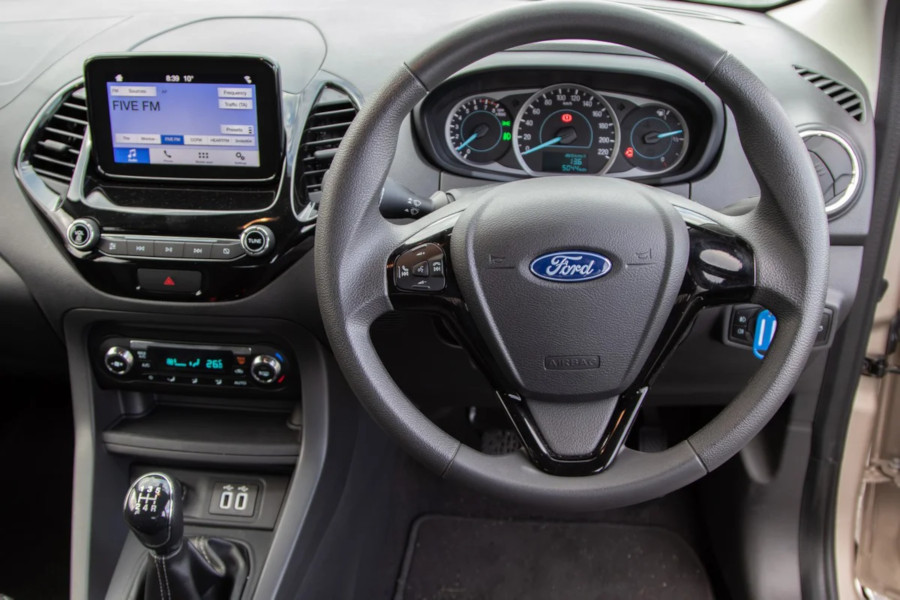 The Figo is fitted with a 6.5-inch heads-up display with touch screen, giving you the ability to control the sound system, make and receive calls, and read text messages through Ford Sync and phone to car Bluetooth connectivity. The vehicle also features two USB points with iPod functionality tucked in the centre console while the steering mounted audio controls ensure you never have to take your eyes off the road. Additional safety and security features include a rear-view camera, to make reversing and parking super easy, drive-away locking to keep your car secure at all times, ABS with EBD and 6 airbags (front-, side- and curtain bags), remote central locking, as well as an alarm and immobiliser. 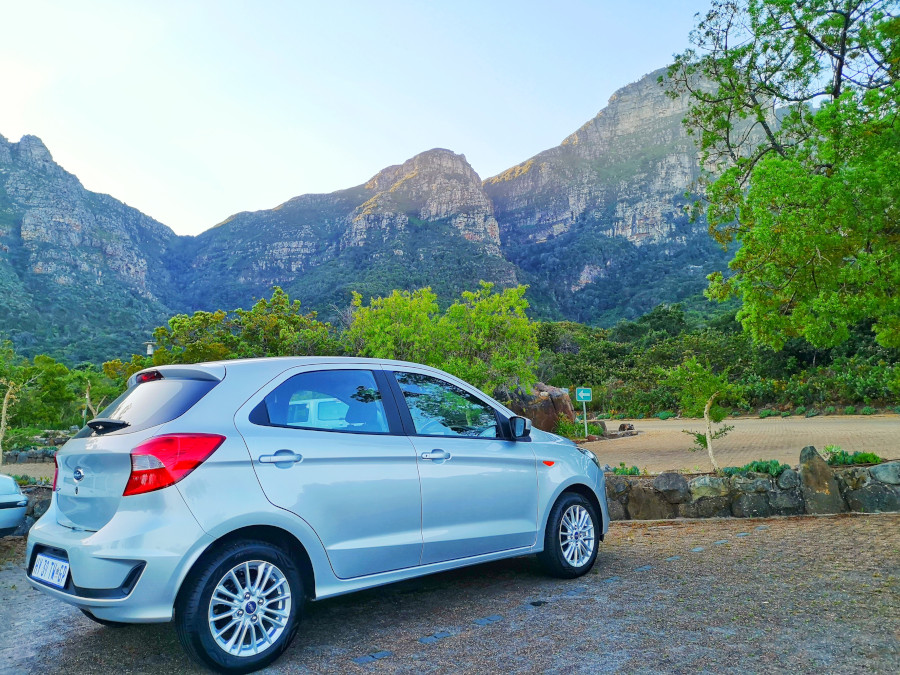 High-spec budget cars like the Ford Figo are becoming increasingly popular amongst consumers who are looking for a more ‘luxury’ driving experience at an “in-betweener” price point. With the Figo 1.5 Titanium, Ford sought to ramp up the value for money offering at the top end of its Figo range and there’s no doubt this car offers exceptional value for money. Coming in at around R224 200 for this higher-spec version of the budget wonder, the Figo is a great option for anyone looking for a reliable daily commuter with all the trimmings.

Whether you opt for the base model Ford Figo or the higher-spec 1.5 Titanium version, the new Ford Figo feels more premium both inside and out and won’t disappoint those shopping on a limited budget. Pricing for the new Ford Figo starts from R191 300, with a 4 year or 60,000km service plan and vehicle is available in both hatchback and sedan body shapes.