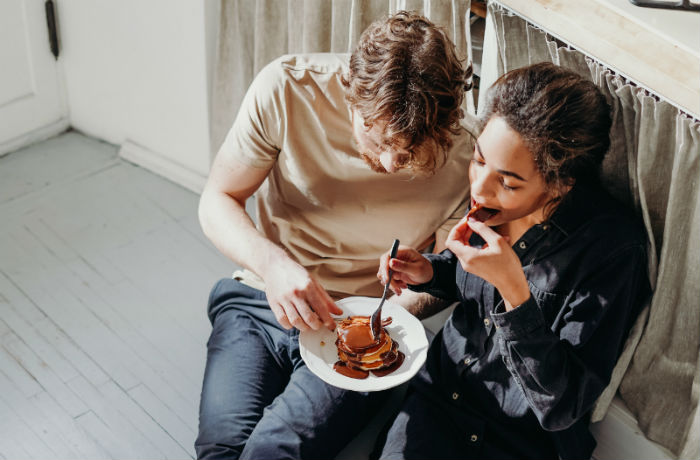 We’ve all been there. Hopelessly in love, thinking we’ll spend the rest of our lives with the person we care about, then suddenly out of the blue it’s over. Why? Who knows. There are literally dozens of reasons that can contribute to a breakup, the true question is, what are you going to do now?

If you’re hoping to win back your ex, there’s definitely a list of things not to do before you even consider putting out the bait that will lead them back to you.

Don’t Run Off And Have Hookup Sex

Sure, it may make you feel better at the moment, but trading someone you love for someone you lust is not the right answer. It’s also not going to impress the man you were dating and will most definitely make things worse. Yes, it’s tempting, but repeat after me, don’t do it.

Don’t Obsess Over Him

This part can be hard, but whatever you do, don’t start blowing up their phones with text messages or voicemails. The same goes for Facebook and other social media accounts. Sure, you can look back at old photos, but be sure to not click ‘like’ or any other notification that will alert them that you’re watching them. You want to give your ex time to realize exactly what he’s lost, and that’s going to take more than just a few days.

Don’t post negative things on Facebook either. Odds are the two of you have mutual friends who will just let him know that you’ve been running your mouth. This exactly proves his point for breaking up with you.

If you really want your ex to get back with you again, you’re going to need him to desire you. To do this, try following these simple steps.

Now’s the time to focus on you and this can start with your appearance. Go out, get a new haircut, buy a new dress, and treat yourself a little more than you usually do. Odds are it’s been a long time since you’ve done anything like this. It may not seem like your ex will notice at first, but once he realizes you’re starting to act like a lady instead of a little girl, he’ll come around.

Live Life The Best Way You Can

Maybe you’ve always wanted to go skydiving or travel to New Zealand. Whatever the reason, there’s nothing holding you back now. We could all die tomorrow, so why are you wasting today feeling heartbroken over some ex of yours? In fact, studies have actually shown that traveling around the world in your 30s can be some of the most meaningful times of your life.

By focusing on the things you’ve always wanted to try, your confidence will skyrocket. This makes a big impression should you happen to run into your ex one of these days. Plus, here you are, living your dreams, while he’s probably bored scrolling through social media sites.

Use Social Media Platforms To Your Advantage

Imagine how surprised you would have been a year ago if your profile pictures were you in a nice dress, visiting the beach in New Zealand. That’s bound to be what your ex is thinking now too. Don’t be afraid to start spamming your news feed with new pictures and destinations you’ve been.

How to Make Money as a Stay-at-Home Mom

It turns out men stalk women’s Facebooks just as much as women stalk men. You’ll know he’s fallen for the bait when he slowly starts liking and commenting on your photos. Who knows? You might even get a text message from him. Just be sure not to answer it too quickly. After all, you are too busy focusing on you.

Reach Out To Him

No mushy talk is allowed for this step. No calling him “baby” or whatever other pet names you used to have. A simple message saying, “Hey, I saw such and such today and it reminded me of you. I was just wondering how you were doing?” works brilliantly.

It’s important not to rush this step either. Don’t be sending text messages a week or two after you broke up. It has to be at least a few months or you run the risk of looking creepy.

If you’ve successfully pulled off these steps in the correct way, you may get lucky enough to be invited out to dinner or on some other romantic type hang-out. If not, proceed to the final step.

Surprise Him With Something He Loves

This can be anything from movie tickets to lunch and anything in between. It helps if you have the surprise delivered, preferably in a public setting such as while he’s at work. If the whole office sees him getting movie tickets, everyone’s going to be asking about it, and then he’ll start thinking maybe you aren’t such a bad girl after all.

Have you tried the new additions to The Duchess Ra

3 Ways to Celebrate You: Self Love