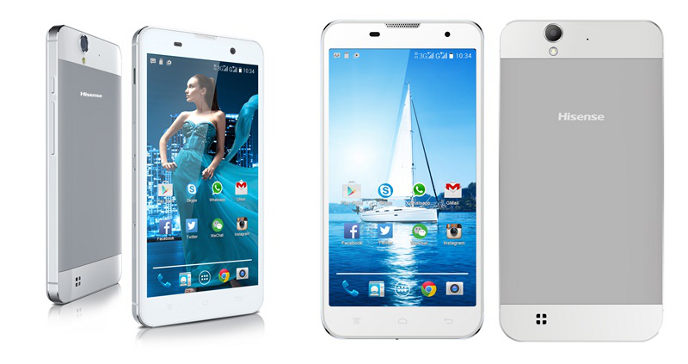 What do you look for in a smartphone? We all have different criteria; some of us want something with nifty features and all the bells and whistles while some would much prefer something that is easy to use and looks fabulous in our hands. Well, what if I told you that I have found a device that ticks all the boxes and best of all, is affordable at the same time? You’d probably jump up and down with glee right? That’s what I did when I first discovered the new Hisense Infinity H6 – it’s a kickass little phone with features up the wazoo and it’s giving Hisense a serious edge in the smartphone market.

The smartphone game is tough and Hisense has come out swinging with its new range of fabulous devices with affordable price tags. Hisense says they are aiming to restructure the mobile industry in South Africa with their new devices by showing customers that affordable doesn’t mean bad quality or low performance. With the H6 they wanted to offer customers the same technology as their competitors, yet at a more affordable price and after using the Infinity H6 for over a month I am starting to think they’ve succeeded.

I love that the Infinity H6 is crammed with features – it’s a great phone for doing basic every day stuff like making phone calls and texting but it also shines when you’re out and about taking photos or trying to work remotely. The device’s rather impressive 5-inch screen makes it easy to use – using social apps like Facebook or Twitter on the device is a serious pleasure and even reading news articles and watching videos is a breeze. But even with its large screen it still fits quite comfortably in your hand when you’re typing or handling it for other tasks. The screen has also been treated with a fancy pants one glass solution and glass-film-film technologies, which allow for the device to be slim and light while still offering great brightness and clarity.

The phone is also a fabulous choice for Instagrammers or selfie lovers (yes, I said it!) The device boasts an 8MP rear camera with CMOS Auto Focus and LED flash, plus a 5MP front camera for taking those all important selfies. I loved the Zero-Second-Later technology in the camera while allows the device to capture images as soon as you press the shutter – there’s no delay and no more blurred outlines! But that’s not all – possibly the best feature of this phone is its super nifty gesture control features. These really come in handy when using the camera – for quick camera access the user can simply draw an ‘S’ on the phone’s blank screen to launch the camera (no unlocking, scrolling or fiddling needed!) and to take a ‘hand’s-free’ picture all you need to do is hold up your hand, clench your fist and three seconds later, the phone will take a picture. With features like that who needs selfie-stick?

I really love the gesture control shortcut features on the H6 as they allow you access key functions with a simple swipe of the screen. For example users can draw ‘O’ to unlock the device, ‘Z’ to put the device in vibrate mode, and ‘M’ to launch the music app. These might sound gimmicky at first but once you start using the device they become addictive and you realise how much simpler your life is with the easy-to-functions.

The Infinity H6 is also super quick and responsive and holds its own against the big giants in the smartphone game. The device uses Android 4.4 Kikat and runs on the powerful and reliable quad-core 1.2 GHz Snapdragon CPU. It also boasts 1GB of RAM and 16GB of internal memory. Scrolling through images, text and webpages on the device is really quick and I didn’t experience any lagging or annoying freezing when using the H6.

Another cool feature on the device is its dual SIM capability. There’s no need to have two phones any more as now you can have a work and personal SIM card in the same device and switch between them when needed. You can also deactivate one SIM when you’re done working for the day or are on holiday. Of course, the dual SIM feature is also handy for those who like to shop around when it comes to mobile and data plans.

The Hisense Infinity H6 retails for R3999 and is a great choice for anyone looking for lots of performance at a not-so-hefty price.

WomenStuff is giving away a Hisense Infinity H6 smartphone to one lucky reader! To stand a chance of winning this incredible device click through to the Hisense competition page now! 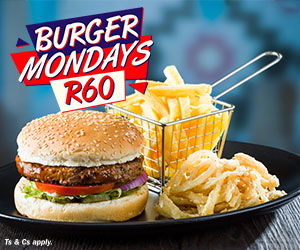 Love hiking and being outdoors? Winter is the idea

Around half of the population has one, so why are

It’s time to make waves with Puma. The sportswea

Mother's Day is just around the corner! Not sure w

WIN! We're giving away a Mother's Day spoil at Car

Mother’s Day can be tricky to shop for. There’

Best Smartphones for Every Budget in 2021