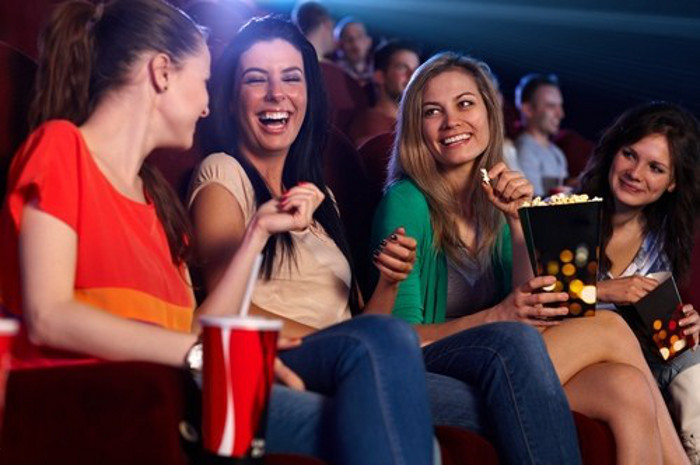 Gosh Argan Oil – for Hair that Needs a Pick-Me-Up! [Review]

Nothing beats a night out at the movies with your best gal pals – mostly because there are no men around to judge your movie choices and you can feel free to watch that new Channing Tatum flick without having to ignore the sighs and snarky comments from the seat next door. Luckily for us ladies, there are loads of great ‘girls night’ movies coming out this year – from all female action comedies to straight up sob fests, these 5 upcoming films are a great choice for movie nights with the ladies.

This supernatural comedy reboot directed by Paul Feig tells the story of four women who start a ghost-catching business in New York City. Dr. Erin Gilbert (Kristen Wiig) and Dr. Abby Yates (Melissa McCarthy) are co-authors of a book which claims to prove the existence of paranormal phenomenon such as ghosts. When the book proves unpopular, Gilbert distances herself from Yates to start a life as a teacher at Columbia University. But, when Gilbert learns the book has been republished she visits Yates in an attempt to remove the book from of publication. Hilarity ensues and the pair, along with two other unlikely partners embark on a paranormal investigation.

Starring Mila Kunis, Kristen Bell, Christina Applegate, Kathryn Hahn, and Jada Pinkett Smith this new comedy from the writers of The Hangover, is every mom’s dream come true. Amy (Kunis) has a seemingly perfect life – a great marriage, over-achieving kids, beautiful home and a career. But, she’s over-worked, over-committed and exhausted to the point that she’s about to snap. Fed up, she joins forces with two other over-stressed moms on a quest to liberate themselves from conventional ‘perfect mom’ responsibilities – going on a wild, binge of long overdue freedom, fun and self-indulgence – putting them on a collision course with PTA Queen Bee Gwendolyn and her clique of devoted perfect moms. Bottom line, this movie looks all kinds of hilarious and is the perfect movie to catch with your favourite ladies!

How to Start a Side Business on a Budget

Fans of the original Absolutely Fabulous series will love this big screen version of the British comedy. Edina Monsoon and Patsy Stone (Jennifer Saunders and Joanna Lumley) are still oozing glitz and glamour, living the high life they are accustomed to; shopping, drinking and clubbing their way around London’s trendiest hotspots. But when they accidentally push Kate Moss into the river Thames at an uber fashionable launch party, Eddy and Patsy become entangled in a media storm surrounding the supermodel’s untimely demise and are relentlessly pursued by the paparazzi. Fleeing penniless to the glamorous playground of the super-rich, the French Riviera, they hatch a plan to make their escape permanent and live the high life forever more.

It’s finally here, the first official trailer for the highly anticipated Wonder Woman movie was debuted at Comic-Con this weekend and we can’t help but be super duper excited! In the trailer, Wonder Woman, played by Gal Gadot, kicks some serious butt and shows us that there’s no doubt that the movie is all about serious girl power. The movie also stars Chris Pine as Steve Trevor but the trailer is all about Wonder Woman and even gives us a peek at the super hero’s classic blue, red and gold costume which was missing when Wonder Woman appeared in Batman V Superman earlier this year. Wonder Woman is directed by Patty Jenkins and stars Gadot, Pine, Connie Nielsen, and Robin Wright and is set to hit theaters in June, 2017.

Book Tickets for the Outdoor Cinema at the Grande Roche Hotel & Stand a Chance to WIN!

5 Movies to Inspire Your Halloween Costume

Movies are Back! Here’s What’s Coming in September