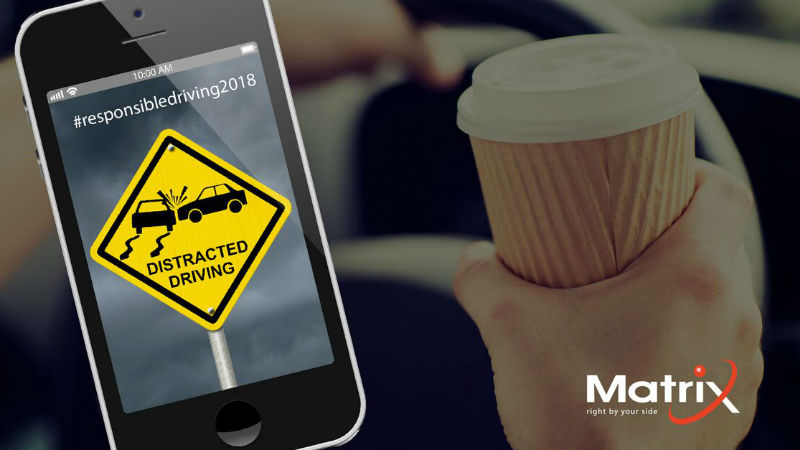 Former Top Gear host and motoring journalist Jeremy Clarkson once said: “Have you ever noticed that anybody driving slower than you is an idiot, and anyone going faster than you is a maniac?”. It’s an apt, self-aware (and tongue-in-cheek) look at the behaviour of drivers, but how do you really know if you fit into the first or latter mould?

It’s an interesting question, and one Matrix is raising awareness around thanks to a newly-launched campaign which takes a closer-look at some of the most common and problematic driving behaviours of South African drivers.

According to expert driver trainers, bad driving habits are not necessarily illegal, but are “regular activities that can and will harm your safety when driving. Most of the time these habits are present without the driver even knowing about them.” Some of these bad driving habits include:

The number one bad habit is the illegal usage of a cellphone whilst driving. The temptation to read a message or check Instagram while driving creates a distraction to any driver. Accidents happen in a split second and that’s all it takes; so you have to ask yourself: is liking that omelette photo from your mate really that important?

Santa Shoebox Pledging is Now Open to the Public!

Other bad habits would be the inadequacy of drivers to understand how speed completely limits the ability of the car to react accordingly. Driving involves utilising both, mental and physical skills in order to be a smooth, safe and overall competent driver. Inadequate or incorrect formative driver training which leads to poor awareness, lack of concentration (distracted driving) and poor physical skills.

In order to highlight other driving misconduct and promote safer driving, Matrix will be conducting a public survey which sheds some light on some interesting statistics. Furthermore, by participating in the survey, you will stand a chance at winning some epic prizes – including daily cash prizes and an Ultimate Defensive Driving Course! Keep your eye on the Matrix Facebook page to enter!