When the going gets tough, we all get by with a little help from our friends. Like a good friend, Puma wants to be there for you when the going gets tough on your runs. That’s why the brand has launched what is arguably its most comfortable running shoe yet. Say hello to the Puma Magnify Nitro SP running shoes; your new-favourite running buddy. With these new tech-packed lace-ups, maximum cushion meets maximum comfort to bring you a pair of shoes engineered to take every run to the next level.

If you’re a fan of Puma running shoes, then you’ll no doubt know that the brand’s Ignite range of running shoes proved to be a favourite with running enthusiasts. Now, its latest release, the Magnify Nitro SP, is aiming to take some of the lessons learned from past hits in the Ignite line-up to up the ante even more. 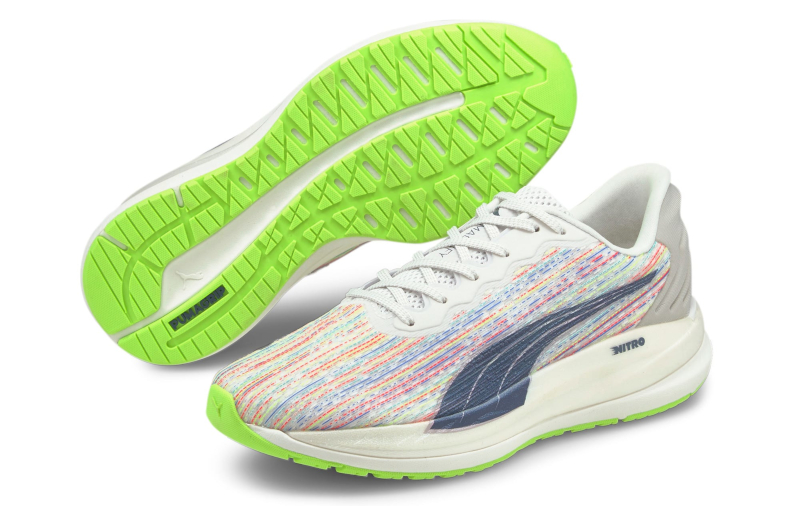 It’s abundantly clear that the sports goods market is going through a bit of an existential crisis with gear at the moment. On the running shoe front, many brands seem to be struggling with the idea of packing shoes with the latest technology or following the minimalist shoe trend. What Puma does well is mixing both these approaches to create something that ticks all the boxes, and the Magnify Nitro SP nails this.

The shoes themselves are relatively simple from a fit and mechanic perspective. There are no springy gimmicks or hollowed-out soles; instead, you get a straightforward running shoe, but one which keeps all its performance-boosting secrets below the surface. Like a good magician, Puma’s Magnify Nitro SP never reveals its secrets. So while the shoe may look pretty basic in design, it still boasts the ultimate in comfort and technology without showing its hand. 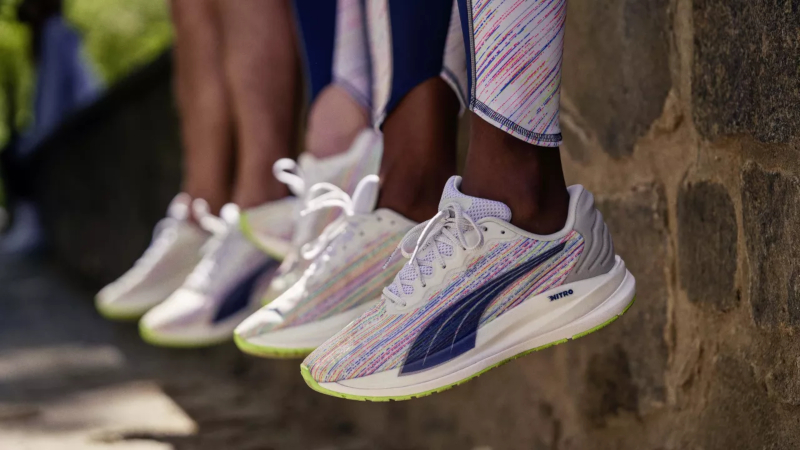 Maximum tech in a minimalist package

Packed into the sole is Puma’s Nitro Foam, which gives each foot plant a responsive and cushioned feeling, while still remaining firm enough to give you the stability you need. The base of the soles are relatively wide, and the height of the heel is notable, so you do feel a slight bit of elevation, albeit with some solid confidence in the base.

There’s also something called ‘Cooladapt’, which keeps the upper cool on runs, and then there’s “Pumagrip” rubber on the sole that features a similar tread to that of a car tyre and provides great traction on any surface. These shoes are versatile enough to keep you steady on every surface, so whether you’re running outside on the road, around the track at your gym, or on a treadmill you’ll be ready to tackle anything. 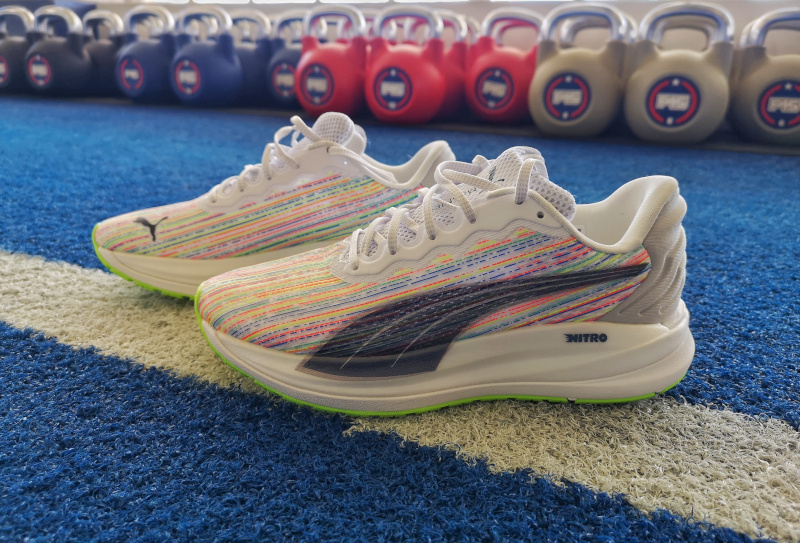 What I love is that, while the sole gets all the attention, the upper is left to be as comfortable and simple as possible. The soft, mesh-based upper features a synthetic blend that is light, breathable, and moulds to your foot, so that you get a very subtle wrapping around your foot, letting the sole do all the work. The heel is also outfitted with a 3D moulded rubber heel-counter to keep your foot in place and help with stability. Due to the foam lining on the inside of the shoe, the overall feel is more padded as opposed to some of the thinner, minimalist options on the market.

Hands-on with the Magnify Nitro SP

It’s this minimalist approach that really makes the Magnify Nitro SP shine. Although they’re packed with all the right tech, they don’t feel like a super technical running shoe on your feet. You get a super snug fit, cushioned fit with these, and the bounce and feedback underfoot is excellent. But, you also get great stability without the feeling of an overly accentuated raised heel, making them oh-so-versatile.

Unlike with Puma’s Deviate Nitros, you don’t have to be overly concerned with reserving these just for running, as they’ll feel just as capable and stable in a cardio class at the gym as they do racking up kilometres on the road. 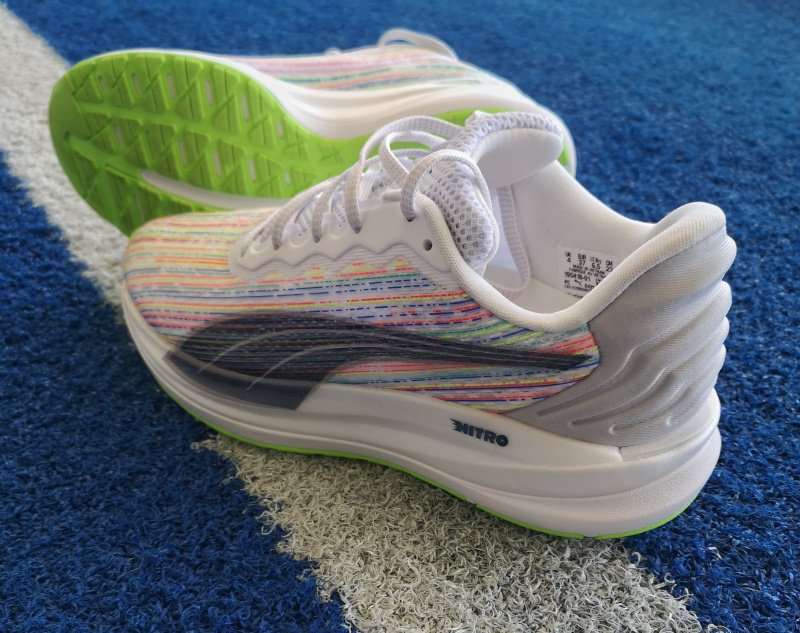 The simplicity in the Magnify Nitro SP’s design also makes it a winner. A clean white and green colourway is accented with some multicoloured, rainbow-like stitching on the upper which is almost unnoticeable from far but creates a great texture and will save the shoes from looking dirty after the first run. It’s got an immediately familiar, retro look that harks back to some of the chunkier runners of yesteryear, which I love.

While the price is something to consider, anyone who appreciates a great running shoe will undoubtedly acknowledge all the features the Puma Magnify Nitro SP brings to the table, along with its classic look and feel, which is something many runners want.

The Puma Magnify Nitro SP is priced at R3,300 and is available online from Puma’s website, Puma brick-and-mortar stores, as well as at selected retailers nationwide. 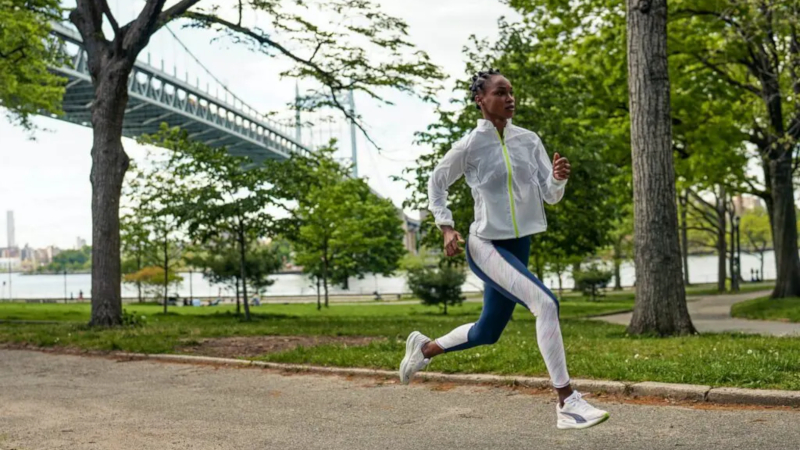 The Puma Magnify Nitro SP forms of the Puma Run Spectra Pack. The Spectra Pack features colours of red, green, blue, and yellow, enhancing them and making them brighter than ever to create a graphic inspired by refracted bands of colour. The reimagined use of colour in this exciting line-up conveys the new ways that athletes around the world will compete together on some of sport’s greatest stages in 2021.

Game, set, match: We took to the court to try out

WIN! We're celebrating Dry July by giving away a h

A first taste of Cape Town's new Greek and Cypriot

Opa! There’s a new Greek and Cypriot spot in tow

Why You Should Consider Joining an Online Fitness Community