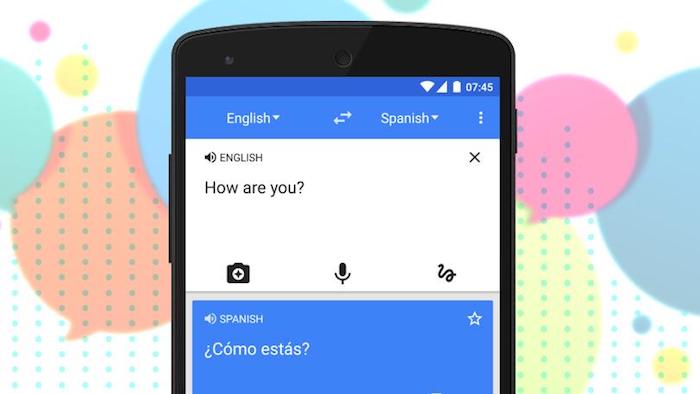 Travelling can be a stressful affair, especially if you’re visiting a country where you don’t speak the language! While most of us can’t afford to hire a translator to travel around with us, there is a way to break the language barrier using just your smartphone. Android and iOS users travelling to foreign lands can easily use the Google Translate app to translate an unfamiliar language into their mother tongue in seconds and as it turns out this simple app might just be your new best friend when traversing the globe. Here are just 5 ways to make the most of Google Translate when travelling overseas.

1. Use your camera to scan and translate foreign text

Need to translate a sign or menu in a foreign city? Use your phone’s camera to translate the text with a live overlay on your screen. The app also allows you to translate text in photos from your gallery.

The niftiest feature if you receive a bunch of messages in a different language allows you to translate text whenever you highlight words or phrases. It can be enabled in the app’s settings and is perfect if you’re sick of having to switch between apps to figure out what your messages say!

On the move? Google Translate can translate spoken conversations for more than 30 languages. Simply speak into your phone for instant translations – so handy if you’re looking for directions!

It can sometimes be difficult and pricey to find WiFi or mobile connectivity when you’re in a different country. Download a language to your smartphone with the app so you can access translations even without an internet connection with your camera scanner or by typing.

5 Beauty Products That Saved My Skin On a Long-Haul Flight!

5. Save translations in a phrasebook

Store the translations you’ve used in the past in a phrasebook so you can access them without an internet connection – so handy!

The Google Translate app is a must-have if you’re planning a getaway – download it here for Android or here for iOS.

Review: 5 Reasons You Have to Visit the New-Look Sun City