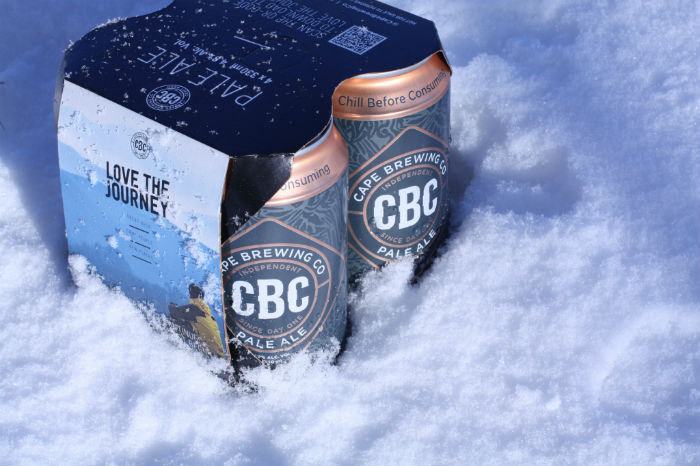 Jeremy is the Editor of MenStuff and has worked as…

Craft beer is evolving, people. While traditionally housed in some pretty elaborate bottles, Cape Brewing Company (CBC) is making the jump into canning their delicious golden nectars of the gods, and in doing so, introducing us to a new entry into their range of brewskies.

CBC’s new Pale Ale is the new stalwart in the brewer’s line, and brings a “slight malty nose with aromatic hop flavours”, while still being “fruity, lemony, and with a touch of granadilla.”

We got to try out the delicious new light amber brew, and have to say it is one of the most incredible Pale Ales we’ve had to date – and paired awesomely with some biltong and finger snacks. The bitter touch, but fruity aftertaste was really refreshing, and CBC’s master brewer Wolfgang Koedel took us through the extensive and meticulous brewing process that creates the beer.

But, we know what you’re thinking: why the can? The can provides the perfect seal for the beer while guaranteeing its taste and flavour. But it’s not just about its ability to preserve quality.The can is also light, portable, quick-chilling, and sustainable. CBC partnered up with Swedish bottling experts Åbro to utilise their high-tech can-fillers that use a new type of aluminium, so you don’t get that “tinny” taste with the beers.

To coincide with its debut, CBC will launch its own smartphone app specially designed for its fans to get the most out of their love of CBC craft beer. The app combines photography, social sharing and a badge award system to encourage fans to take their own journey with CBC’s new can, share it with their friends, say cheers to the best pictures, and track how far the can travels around South Africa and the world.

CBC’s new Pale Ale will be available at major retailers and liquor stores nationwide from mid-March 2016. To find out more about CBC visit their website.

Jeremy is the Editor of MenStuff and has worked as a professional journalist at SA Rugby magazine, MyBroadband, MyGaming, and written for FHM and TGF Tech. Every now and then, with promises of cake we manage to lure him over to the WomenStuff offices to share his wisdom with us.