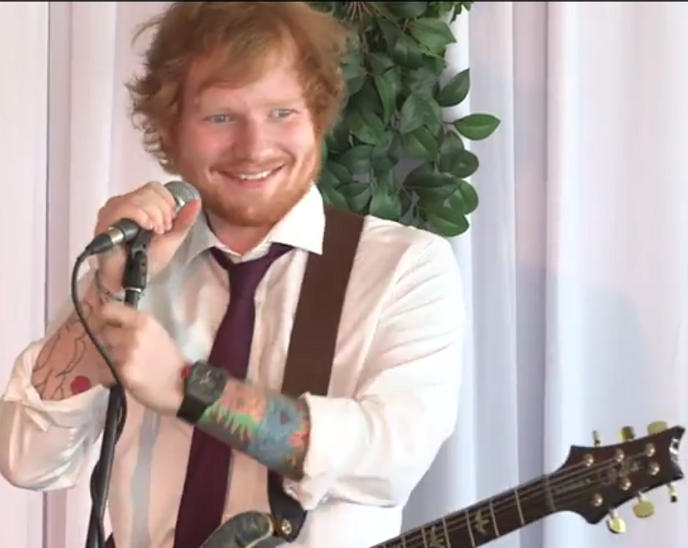 No, this isn’t another Maroon 5 staged music video debacle this is the real deal! Singer-songrwiter and all round good guy, Ed Sheeran recently surprised a couple at their wedding and sang for them during their first dance. We can’t imagine anything better happening at a wedding – both for the couple and the lucky guests!

The two struggling lovebirds were rather generously gifted an all-expense-paid wedding by a Sydney radio station and chose Ed Sheeran’s  “Thinking Out Loud” to be played for their first dancebut unbeknownst to the them the song wouldn’t just be played by the DJ on the day, nope they were getting the man himself to perform it for them!

Watch Ed surprise this couple on their wedding day!

Around the Web, Features, Lifestyle

Ed Sheeran Surprises a Fan Singing His Song in a Mall With A Duet! [watch]