There are few experiences you’ll remember for the rest of your life. A visit to South Africa’s Baviaanskloof valley is one of them. Sweeping views of unspoilt wilderness, vast plains of waving grasslands, and majestic mountain corridors, seal the remote valley’s bucket-list destination status. But, with its treacherous roads, narrow gorges with flowing streams, and steep mountain passes, it’s by no means an easy place to visit. Between Zandvlakte and Poortjie, the two reserve gates, it is accessible by 4×4 only but even the 103km stretch of road from Willowmore to Zandvlakte, described as “accessible to sedan vehicles”, is not for the faint-hearted.

With almost 200km of rugged mountainous terrain, it’s easy to see why so many cars break down on this road. Luckily for us, we weren’t visiting the area with just any vehicle. Pulling into the Baviaanskloof in a fleet of new Ford Rangers we were confident that we could take on anything that the valley might throw at us.

The narrow valley of the Baviaanskloof is just under 200 kilometres in length and bounded by two mountain ranges: the Baviaanskloof Mountains on the north and the Kouga mountains on the south side. Driving through this incredible area you’re treated to 270,000 hectares of unspoiled beauty. Taking it all in from behind the wheel of the new Ford Ranger was simply sublime.

I was fortunate enough to be driving the unflappable Ford Ranger Raptor for the Baviaanskloof portion of our journey. A journey which saw our Ford ‘RangeHER’ crew of 10 female journalists and media travelling from Cape Town to Port Elizabeth over three days, always opting for the road less travelled. The Raptor handled the treacherous Baviaanskloof terrain like an absolute champ and turned what would usually be a nail-biting drive into a fun-filled adventure. Driving through the Baviaanskloof in a capable 4×4 is in itself an incredible experience, but getting the chance to take it on in a Raptor is something else entirely.

Offering a new category of tough, the all-new Ranger Raptor boasts an ultra-strength frame, giant bash plate, and an elevated design that allows it to thrive in environments other bakkies dare not tread. This tougher-than-tough pick-up is equipped with a bi-turbo engine, 10-speed auto transmission, and 2.5-inch FOX Racing Shocks, allowing it to cut through tough terrain like a hot knife through butter. It’s the kind of car that lets you explore off-the-beaten-track and carve out your own path. The Raptor thrived in the Baviaanskloof and was the cherry on top of an incredible experience driving through one of the most beautiful parts of the country. 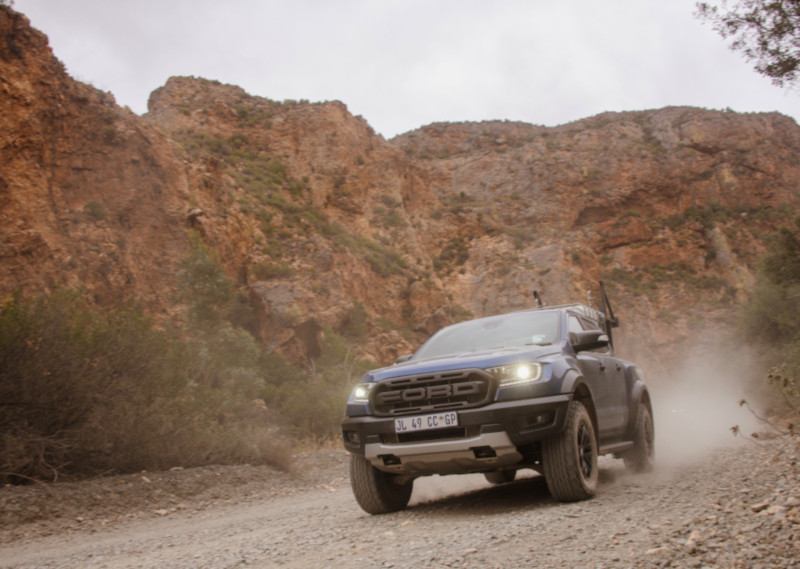 The Raptor’s Terrain Management System offers six different terrain driving modes, which made tackling tough roads a cinch. The ‘Mud/Sand’ mode was essential when driving through river beds while ‘Rock Crawl’ mode turned nail-biting steep descents down the mountain passes into child’s play. What’s more, the Raptor’s Electronic Stability Programme, which is designed to help you take command and keep control no matter what mission you are on, gave me the utmost confidence to tackle the Baviaanskloof.

But driving through the Baviaanskloof in the new Raptor was just the half of it. I also got the opportunity to tackle gravel roads with the all-new Ford Ranger Thunder and cruise past scenic plains in the Ranger Wildtrak. Our 3-day road trip saw us head from Cape Town through the Overberg, landing at Buffelsdrift Game Lodge in Oudtshoorn on day one with day two taking us through Baviaanskloof onto Intle Boutique Hotel in Thornhill, just a short drive from Jeffreys Bay. Our last day was smooth sailing to Port Elizabeth and saw us driving the most tar roads of the entire trip. To say we put the new Ranger fleet to the test is an understatement indeed.

Derived from the highly successful Ford Ranger Wildtrak, the exclusive limited-edition Ranger Thunder adds a sportier and even more exclusive dimension to what is already one of the pick-up segment’s front-runners. This exciting new Ranger was launched in August 2020 and includes a long list of unique design and functional enhancements to bring an assertive and sporty character to the Ranger lineup.

The Thunder looks fierce and what’s under the hood follows through to give you an exciting driving experience. The Thunder is powered by the 2.0-litre Bi-Turbo engine which produces 157kW and 500Nm, and is mated to a 10-speed automatic transmission. The transmission’s Progressive Range Select (PRS) function gives the driver the ability to lock out gears from the automatic shifting range, making the Ranger Thunder ideal for towing or when driving in slippery conditions or climbing steep gradients. Like its Ranger counterparts, the Thunder boasts an 800mm water wading depth and 230mm ground clearance, which allowed the vehicle to make mincemeat of whatever challenge was thrown its way on our ‘off-the-beaten-track’ road trip.

Loyalty Pays: Which SA Rewards Cards & Loyalty Programmes Save You the Most? 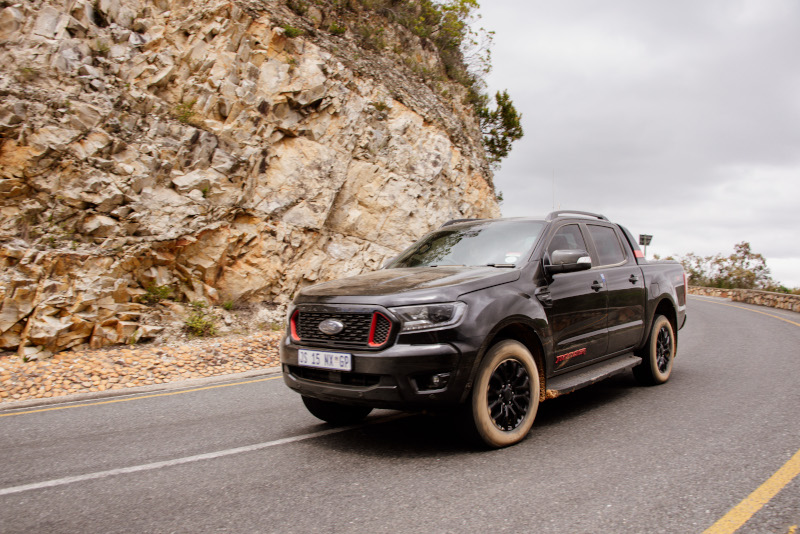 The Thunder also benefits from numerous practical additions in the load compartment, including a lockable “Mountain Top” black roller shutter to safely secure goods being carried. There’s also a cargo area management system with a bed divider that allows you to easily compartmentalise the available space for securely holding different-sized items. A handy feature when you’re on a multi-day road trip across the country. Safety features like Autonomous Emergency Braking (AEB), Adaptive Cruise Control (ACC) with Forward Collision Alert, as well as Lane-Keeping Alert and Lane-Keeping Aid, made driving long distances in this bakkie an absolute joy.

Spending three days in a Ranger bakkie really gave me a good taste of what’s it like to ‘Live the Ranger Life’ as Ford so eloquently puts it. Whether it’s tough mountain passes, slippery gravel roads, or smooth sailing highways, the Ford Ranger can tackle it all. From safety features that make driving busy city highways a whole lot easier, to off-road capabilities that make weekend adventuring effortless and fun.

The great thing about the Ranger lineup is that there’s a bakkie to match any lifestyle and any challenge. You just need to take your pick! From the exhilarating performance-driven Ranger Raptor, to the sporty rugged Ranger Thunder, to the luxurious easy-driving Ranger Wildtrak, and more… there’s a Ford Ranger to cater to you.

Find out more about the new Ford Ranger lineup on the Ford South Africa website. 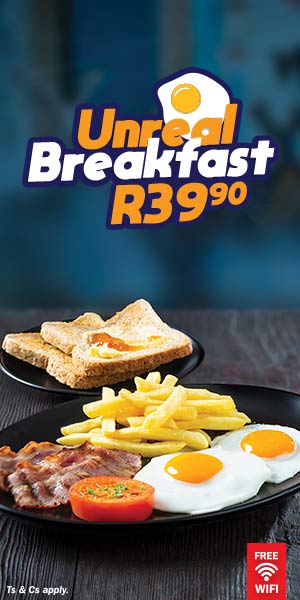 What is better than KFC’s crispy, hand-cut, gold

Visit Starbucks with your dog and receive a free S

Looking for a healthy grab-and-go snack? You can't

Celebrate 2021 in style with this mouth-watering c

Use the month of love to find the perfect device f

It's World Nutella Day, which means it’s time to 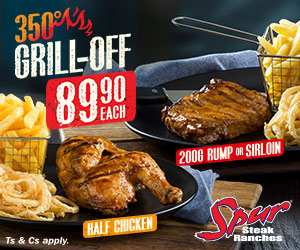