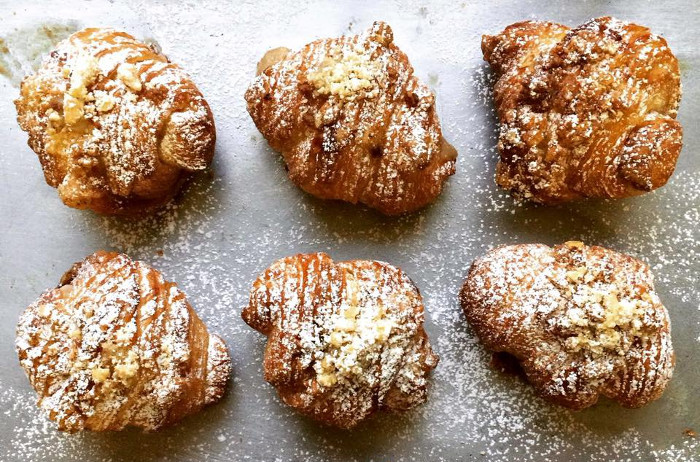 Pastry lovers, ready your stomachs because one of Cape Town’s most popular bakeries is opening a second branch in Green Point this year! Eat Out reported that the new addition will join the super popular Jason on Bree and sister bakery, BARDOUGH before the end of this year and we can’t wait to get stuck in. Here are all the details we know so far about the new Jason Bakery Green Point spot being cooked up by Jason Lilley and his team.

While we don’t know the exact location of the new bakery just yet, word on the street is it’s going to be a great position, making Jason’s freshly baked doughsants and breads that much easier to come by. With plans to start shop fitting as of 1 September 2017 we can expect the Green Point spot to open its doors close to the end of the year.

For fans who crave a little more space, you’ll be thrilled to hear that the new store will be bigger than the original Jason on Bree and Jason has revealed that the new space is big enough to have an open-plan bakery that will allow customers to be a part of the baking experience. If you’re really keen to learn about the ins-and-outs of baking then don’t miss out on the new baking courses and workshops held by Jason himself.

But that’s not all, the new store will also offer a deli section where customers can choose from a selection of breads, pastries, cheeses, cured and fresh meats, as well as wine and craft beer. Sounds like it’s going to be our new-favourite hangout.

Spice Up Your Festive Table with This Pear, Blue Cheese, & Walnut Salad [Recipe]

For more information say Hi to Jason Bakery on Facebook.

Spier Launches Wine Range with Half the Alcohol & Kilojoules