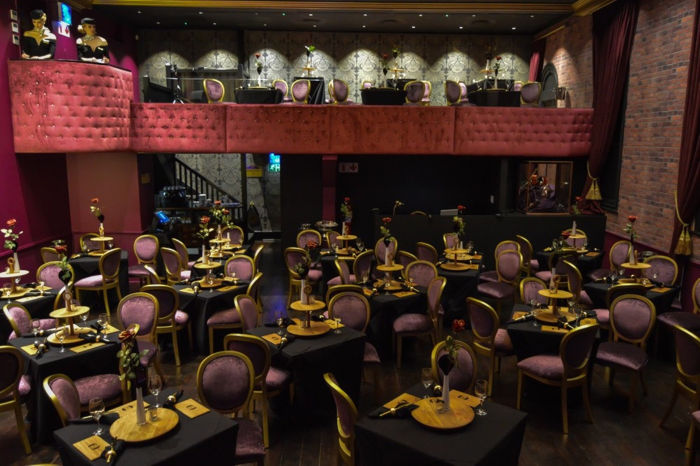 Just when you thought Bree Street, Cape Town couldn’t get any better aviation goddess, Cathy Specific and her alter-ego, Brendan van Rhyn have decided to open a glamorous dinner theatre on the popular CBD street. The Pretoria-raised actor and cabaret star is most well known for his award-winning role as Frank-N-Furter in The Rocky Horror Show while Cathy Specific solidified her fame performing on the Madame Zingara Theatre of Dreams stage. And now, it seems all roads have led to Cape Town as Cathy Specific has finally decided to dock her trolley and lay down some permanent roots at the trendy new Gat69 theatre and bar.

Van Rhyn and his two business partners, Christopher Dudgeon and Luanna Shonfield are the creative forces behind the new space on Bree Street and the opening of Gate69 cements the Cape Town CBD as the heart of the Mother City’s performing arts district, adding to venues like the Artscape complex, the Fugard Theatre, the Alexander Upstairs Theatre and the Zip Zap Circus.

And, the great news is, the theatre is here to stay! Cape Town fans will be delighted to hear that SA’s Queen of the Skies has parked her trolley for a long stay because Van Rhyn has taken a 5-year renewable lease on the building. “I’ve found my home,” says Van Rhyn, “for now the only place current and future fans will be able to visit me or Cathy is the ‘Purple Palace’ in the heart of the Mother City, Gate69.” 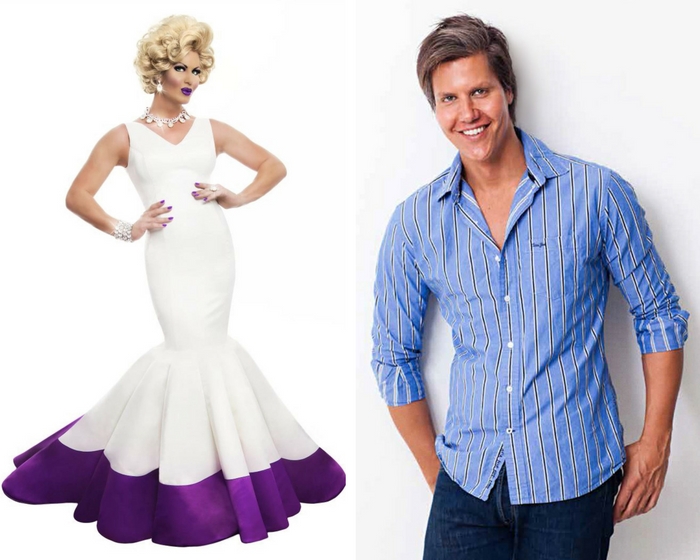 Several million rands and one major conversion later, the building on the corner of Bree and Hout streets now boasts a glittering bar on the ground floor and a plush mezzanine lounge that can be turned into an instant VIP area, topped by the pièce de résistance, an intimate 80-seater dinner theatre. And while the bar may serve as the reception feeder location for theatre goers, it is also open to the public as a stand-alone venue with service hours from noon to 01.30am Wednesdays to Saturdays. And, while there may restaurants and bars aplenty on Bree Street Van Rhyn assures us that Gate69 is a one-of-a-kind setting in Cape Town, resembling an opulent mini Moulin Rouge.

“The intention was to create a premier space for SA’s best performers and cabaret stars to shine in a range of unique, vibrant productions,” says Van Rhyn. “The theatre is cosy with the audience never excluded from what’s happening on stage. The conscious decision to create such an intimate space for only 80 guests allows for personalised service where everyone becomes family for the night.” 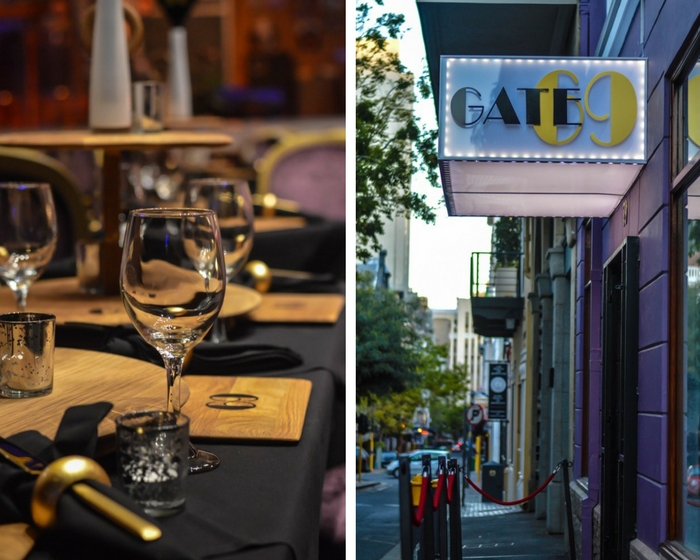 As for the food – that’s not traditional either! Van Rhyn explains that Gate69 will not serve traditional dinners but rather delicious designer mezze on double-tiered Lazy Susans. This share-style dining is designed to encourage theatre-goers to dig in and enjoy, rather than wrestle with cutlery during the show.

As for what is currently happening on stage, Cathy has decided to share the spotlight for a little while. While neither Van Rhyn nor divine diva Cathy will feature in Gate69’s debut show, Hedwig and the Angry Inch, Cathy will be there to greet you by the door and play the gracious hostess. Miss Specific will, however, be debuting her show, Cathy and the Trolley Dollies, for the month of December and Van Rhyn assures us that audiences are in for a HUGE treat!

The Duchess has teamed up with Castle Free to brin

Review: Dressed to the Nines for High Tea at The Palace at Sun City